Efforts to thwart the spread of the novel coronavirus, including school closures, social distancing efforts and Gov. Gavin Newsom’s recent shelter-in-place mandate, have made life complicated, especially for Tulare County’s most vulnerable populations. Access to food has been even more difficult for some, such as students who rely on meals from school, people who depend on food pantries and older people who can’t leave their homes as they are more likely to become seriously ill or die from contracting COVID-19.

In California’s robust wine regions, a growing number of people are leaving their vineyard jobs for the higher pay and better working conditions many cannabis growers offer. The result is increasing tensions between these relative newcomers and the state’s long-established wine producers — also adding pressure to an ongoing labor shortage that shows no sign of easing anytime soon.

Maintaining a small Californian vineyard has never been as romantic as it appears to the patrons of winery tours. But for thousands of other growers throughout California’s famed wine regions, times keep getting tougher. Aside from the precipitous drop in labor impacting the entire agriculture industry, wine grape growers are dealing with a stagnant demand for wine, an oversupply of grapes, threats of tariffs and stigma surrounding mechanization.

Lali Moheno has spent her life fighting for the people who break their backs working in the fields, keeping the agriculture industry alive. Moheno grew up on ranches in south Texas and fought for labor rights in L.A. beside legendary advocate César Chávez. For the last 20 years, she has been the brains behind a Valley-wide conference focused on female farm worker wellness and empowerment. 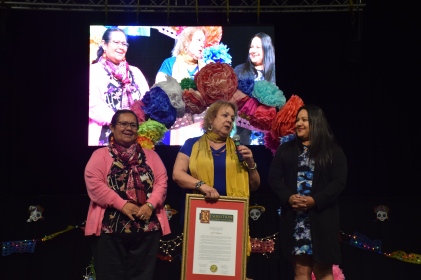 County has highest rate of food stamp users in state

Tulare County produces food for dinner plates worldwide and is the third largest ag-producing county in California. Despite that, the county has the highest food stamp participation rate in state at 25.5%, which is leagues ahead of the state’s 10.6%. Tulare County is also one of only four counties in California with a food stamp participation rate above 20 percent and three are in the San Joaquin Valley.

The Center for Responsive Politics

Charles and David Koch maintain an extensive, powerful network of nonprofit organizations to further their libertarian and conservative ideological values. Four of the Koch brothers-funded nonprofits made hundreds of millions of dollars in 2017, money raised entirely from unknown donors.

Since 2010, super PACs have rapidly become financially powerful aspects of U.S. elections with little regulation or oversight. And by following a few simple steps, basically, anyone can be the proud owner of a super PAC — including 14-year-olds and prisoners.

Member dues plummet, leaving the NRA in the red for second straight year

The National Rifle Association is traditionally one of the most powerful and financially intimidating interest groups in Washington. But a new third-party audit of the group’s finances obtained by OpenSecrets raises questions about its long-term fiscal health.

“Guardian angel” political action committees are one of many ways major political donors can flex their financial influence in an election. During the 2018 Midterms, a handful of powerful donors chose to contribute to a handful of guardian angel super PACs, which are a breed of committees that receive 40 to 100 percent of their funds from a single wealthy individual.

‘Diagnosis of dying’: How one man’s tumor exposes deep flaws in safety net for Oregon’s most vulnerable

Derrick Dahl’s dangerous tumor diagnosis highlights holes in a state safety net meant to protect vulnerable Oregonians who cannot advocate for themselves. It provides a cautionary tale for any family that lacks legal guardianship of a loved one who, because of a developmental disability, cannot make medical decisions.

After Oregon legalized cannabis, the Oregon State Police crime lab experienced a backlog of urine samples that could delay toxicology results in the state by more than a year. Many in the public safety and legal community are fed up with the state’s system for determining if drivers are impaired by drugs. 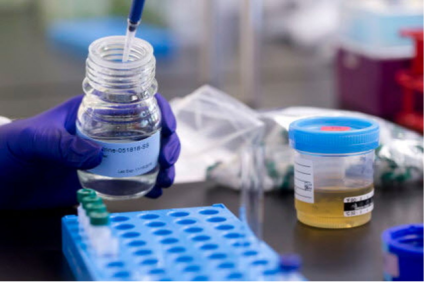 What we’ve learned from three years of legal marijuana

On the three-year anniversary of Oregon legalizing recreational cannabis, there were some noteworthy trends on adult and teen marijuana use, elevated numbers of cannabis-related poison center calls, emergency room visits and impaired driving incidents. Black market sales, concerns about potency and worries about big companies edging out local producers were also universal for supporters and critics of the industry.

Many lawmakers still reluctant to take a public stand on Greitens

Dozens of lawmakers react to explicit report on Greitens’ affair

Is Allentown neglecting its fleet of firetrucks?

The shadow fees lurking in your tuition bills